Starting in October 2008, the junior professorship Environmental Geochemistry was established. In February 2012, the position has been turned into an Associate Professorship.  From 2008-2015, the group was additionally funded by the DFG Emmy Noether program.

Environmental Geochemistry comprises investigations of geogene and anthropogenic processes in atmospheric, hydrospheric, pedospheric, (radio)isotopic and food chemistry, distribution, interactions and toxicity of environmental contaminants, analytical investigations of environmentally relevant inorganic and organic compounds as well as thermodynamic, kinetic and reactive mass transport modelling. All these aspects are covered in our teaching responsabilities.

In research the group´s focus within the next few years is on analytical speciation of inorganic and organometallic trace elements in gases, water, and sediments. Transformation investigations are not only restricted to abiotic processes but consider also microbially catalysed reactions. Analysis of isotopic fraction is used to reconstruct biogeochemical mass transfer. Special focus lies on species that are currently considered "exotic" as they are not determined routinely in environmental analytics. These are on the one hand redox-instable compounds such as volatile organometals or polysulfides, on the other hand inter-elemental compounds, e.g. thioarsenates (As and S),  Cu-Au-thiosulfates or uranylarsenates. Such compounds often show completely different mobility and toxicity compared to the respective individual elements. Especially with the current mining boom such compounds become increasingly important both for understanding ore formation and wheathering processes as well as for evaluating the environmental behavior during active mining and later rehabilitation measures. 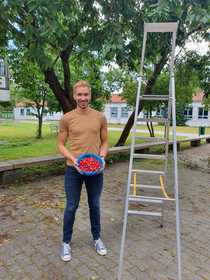 Fewer people on campus mean one thing: more cherries for us. ...more 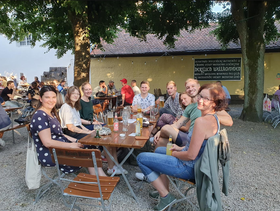 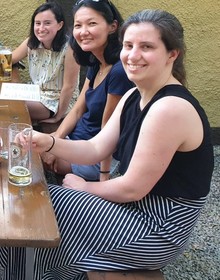 FacebookTwitterYoutube-KanalBlogKontakt aufnehmen
This site makes use of cookies More information
✖